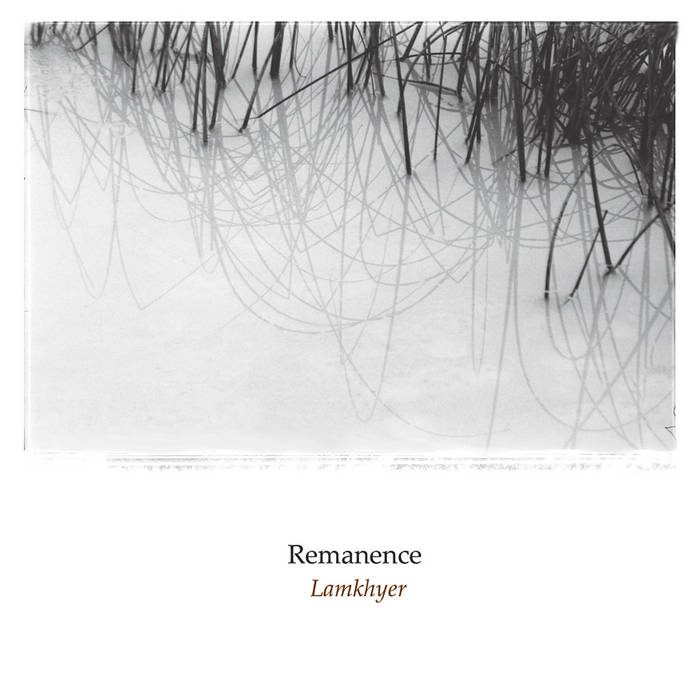 Richard Gürtler I will nail it straightly, releases such as "Lamkhyer" are the main reason, why I am a nut when it goes to collecting physical releases. This is a really nice, 48-minute long upgrade of the original "Lamkhyer" edition unveiling some rare recordings with fully-packed artful presentation. Certainly a dream for each true collector!!! Keep on going, Brian & John, my ears and eyes are always ready for more, distinctively exquisite sonic and visual bliss!!!

Jan Roos Brilliant album! And a great example of the visual side of things not only matching the music, but even enhancing it, being a part of the whole presentation. This is very well crafted, not dark, but not fluffy either, perfectly balanced and a pleasure from begining to end.

"In Tibetan [there is a] group of slogans known as lamkhyer: lam meaning 'path' and khyer meaning 'carrying.' In other words, whatever happens in your life should be included as part of your journey... Whatever happens, you don't [have to] react to it..." - Chogyam Trungpa

Lamkhyer was initially released in 2002 as a 3” mini CD containing the tracks “Lamkhyer”, “K’an, The Abyss”, and “The Leftward Path”. Reissuing this material on a standard 5” CD allowed us to include outtakes, alternate mixes and demos from that same time period. Additionally, the original recordings were revisited and remastered using current technology to improve their audio quality.

Additional field recordings made at Asylum Lake and Kellog Forest May, 2001. Original packaging concept by John Phipps, revised for this edition by McWilliams / Phipps. Photos by Brian McWilliams, Winter 2001.

Remanence is the collaboration between Brian McWilliams and John Phipps. Both found common interest in the creative possibilities of recordings as tangible physical objects and believe that process and presentation add another dimension to the experience of the music contained within. Musically, their style is rooted in the instrumental, experimental ambient genres. ... more

Bandcamp Daily  your guide to the world of Bandcamp