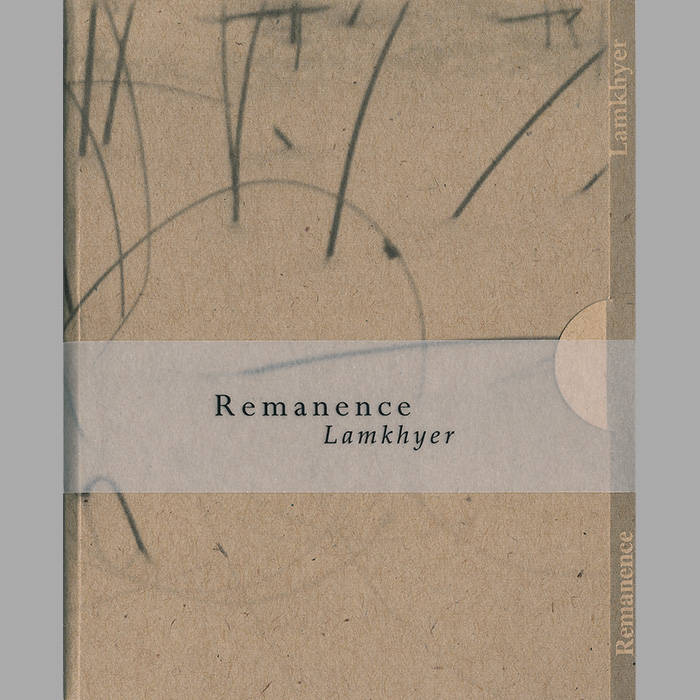 "In Tibetan [there is a] group of slogans known as lamkhyer: lam meaning 'path' and khyer meaning 'carrying.' In other words, whatever happens in your life should be included as part of your journey... Whatever happens, you don't [have to] react to it..." - Chogyam Trungpa

Relinquishing control, allowing for the accidental to blend with the deliberate. Chance and randomness were treated as valued collaborators, used to select intervals, notes, sounds, and direction. Spontaneous improvisations were shaped with a deliberate hand, transformed then re-processed, pushing further into new territory. The result shifts from the title track's rythmic play with dark and light into the mysterious, watery, subconscious of K'an, then resolves into the reassuring Leftward Path underscored by deep processed loops and hazy electronics.

This release serves as a prelude and subtext to the album "A Strange Constellation of Events" on which Lamkhyer will appear. K'an and The Leftward Path, which are unique to this collection, grew out of experiments designed to open new compositional doorways. Together these pieces suggested a cohesive theme, distinct from the album. It is in this context that they are presented.

Remanence is the collaboration between Brian McWilliams and John Phipps. Both found common interest in the creative possibilities of recordings as tangible physical objects and believe that process and presentation add another dimension to the experience of the music contained within. Musically, their style is rooted in the instrumental, experimental ambient genres. ... more

Bandcamp Daily  your guide to the world of Bandcamp